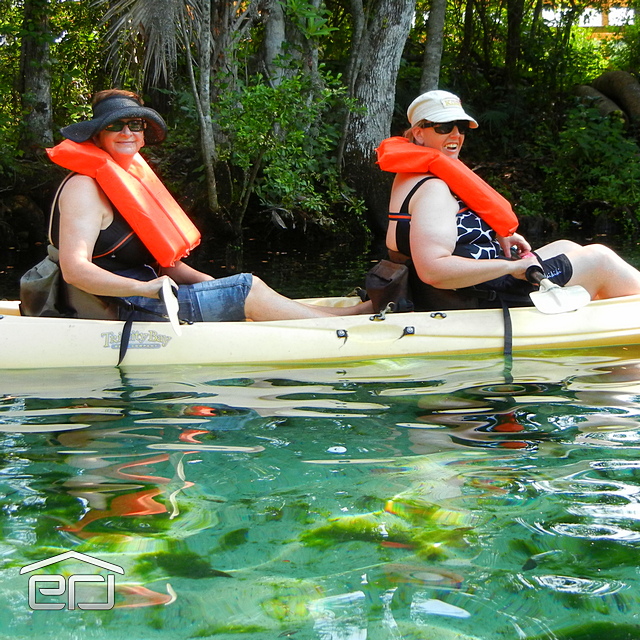 Citrus Springs is on the north end of Citrus County Florida. Pine Ridge and Hernando border Citrus Springs Florida. It sports two, 18-hole golf courses. The Citrus Springs Golf and Country Club is somewhat hilly and in a mixed forest.  It has good greens with challenging fairways. The El Diablo Golf and Country Club, which unfortunately suffered a clubhouse fire, is now closed for reconstruction of the clubhouse and refurbishing of the course itself.  Designed by Jim Fazio, who also designed the Trump International Golf Club in West Palm Beach, Florida. It is said that El Diablo is a beautiful and challenging course and all hope is that it will reopen soon.

Citrus Springs Florida real estate is generally a community of meticulously kept, modest homes, with some elegant homes interspersed throughout.  Its close proximity to the Withlacoochee River, the Rainbow River and Lake Rousseau make it a convenient location for those inclined to wet a line.  All in all, Citrus Springs is a very pleasant place to live, with easy access to restaurants and shops in both Citrus and Marion counties. It is definitely worth your serious consideration.

Three miles north of Citrus Springs the Withlacoochee River forms the divide between Citrus and Marion counties.  Just on the other side of the river is the city of Dunnellon, Florida. Established in 1887, it became a boomtown 2 years later when Albertus Vogt discovered hard rock phosphate in Dunnellon.  Perhaps today, it is even livelier than back then.  Quaint shops and other businesses occupy Victorian homes in the old parts of the city while the modern parts offer every convenience.

Then, there are the three outstanding features that make Dunnellon a very special place to call home. The Withlacoochee River practically borders downtown Dunnellon. Its banks consist of a variety of waterfront homes and its waters are full of fish. The River then opens into Lake Rousseau, a 3,700-acre impoundment that was created in the early 1900’s when the river was dammed. A hydroelectric plant operated on the west end of the lake from 1909 to 1965.  Lake Rousseau no longer produces electricity; what its tree stump bristling waters produce now is an incredible fishery.  Touted as the bass capital of the world, Lake Rousseau has produced and continues to produce bragging size largemouth bass, as well as huge bream and red ear sunfish. If a freshwater angler’s paradise exists, Lake Rousseau must be it.

The crown jewel of the City of Dunnellon is indubitably the Rainbow River.  Its headwaters, Rainbow Springs, is a first magnitude spring that on a daily basis produces, from numerous vents, 400 to 600 million gallons of crystal clear water at a constant year-round temperature of 72 degrees.  For 5.7 miles, this pure water stream flows unimpeded until it empties into the Withlacoochee River.  At the headwaters is the Rainbow Springs State Park, where one can rent canoes or kayaks to traverse this gem of nature.

Many lovely waterfront homes or lots to build your own dream home are available in the area. Consider Citrus Springs Florida Real Estate for your next move.

For more information on Dunnellon and Citrus Springs Florida Real Estate, contact us. We have agents who live in the area and know the vicinity very well. If you would like more information, just let us know! You can contact us here.

Please enter your username or email address. You will receive a link to create a new password via email.